Born and bought up in the Motherland India, the holy land of sacred ancient practices of Yoga and Tantra. Our teachers have the blessing of understanding the scared language of Sanskrit, the language in which all the original text of the Vedas, Upanishads or the the various texts describing the practice of Yoga and Tantra have been written. Their skill of understanding the original texts coupled with the capability to know English gives them the advantage of brining forth the subtle aspects of the original texts for the students and participants. We are humbled that we can be the medium by which we can bring these teachers to you and bring the knowledge of Yoga and Tantra to the European subcontinent by organising the yoga retreats, teacher training course and various other other offerings in Mallorca, Ibiza and Alicante in mainland Spain. 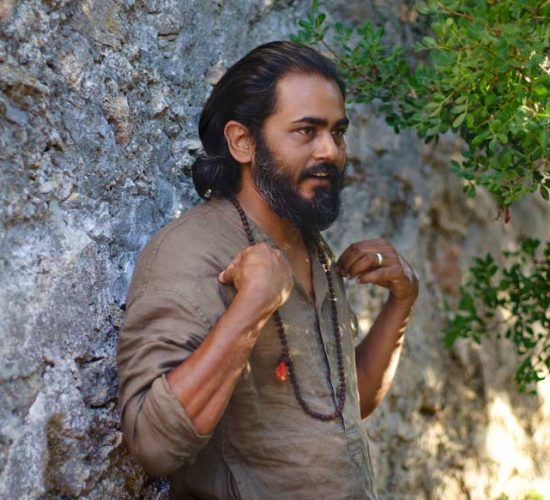 Gyanmitra Saraswati is the founder of SHIVA Yoga International in Mallorca and Ibiza which is engaged in organising various intensive yoga retreats and vacations both in Mallorca and Ibiza besides offering Online Yoga Nidra training and 200Hrs Yoga Teachers Training in Ibiza and Mallorca, the social enterprise SWAN Foundation for Ayurveda and Yoga Research, based in Goa, India. Through this he is engaged in various activities to promote the traditional knowledge of Ayurveda and yoga to the community in India, by conducting need- based programs to help the people who need it the most.

He is also the founder of SWAN Yoga Retreat in Goa, where he is responsible for managing and teaching the courses conducted during the season, from October to May. For the rest of the year, Gyanmitra is living on the island of Mallorca and Ibiza where he offering Online Yoga Nidra Training, Yoga Teachers Training and teaching as guest teacher in various retreats and centers in collaboration with other teachers and institutions where he is teaching classical Hatha Yoga, Yoga Nidra. He also lectures on yoga philosophy and Ayurveda as a lifestyle

He is also the visiting teacher at many yoga studios and retreat centers across the European sub-continent, where he is offering classes in yoga nidra, as well as lectures on various topics related to the philosophy of yoga and ayurveda. For the coming season in Mallorca, he will be offering two one-week yoga immersion retreats.

Gyanmitra is a trained yoga teacher with many years of experience. He was primarily trained at the Bihar school of yoga, where he was also initiated by his Guru Swami Niranjanananda Saraswati into the ancient yogic and tantric practices.