Blessed selves, as you all are aware that 21st of June has been declared as the International Yoga Day, and is been celebrated across the world in various yoga studios, ashrams, retreat centers and in public places to acknowledge the importance of yoga in helping the entire humanity to alleviate for the sufferings whether it is physical, mental or emotional. Yoga has become a household name in the 21st century and it is hardly any corner of the world where yoga has not reached and helped people. However, it is very important to make sure that the right understanding of yoga is made available to the people at large.

I had the opportunity and honour to be associated with the organization of the international yoga day in the island of Mallorca (Spain), where i have been living for the past few years, it is my home for half of the year when I finish my work at the SWAN Yoga Retreat in Goa India, i come and live here on the island of Mallorca spreading the word of Yoga to one and all. My association with the International Yoga Day Mallorca happened because the organisers were looking for some who could truly represent the spirit of yoga. I had the honour to conduct the fire ceremony (Havan) with chanting of the mantra as the opening ceremony of the event. More than 150 people were participating in the festival. Later during the day, i had the opportunity to lead a class of Yoga Nidra. 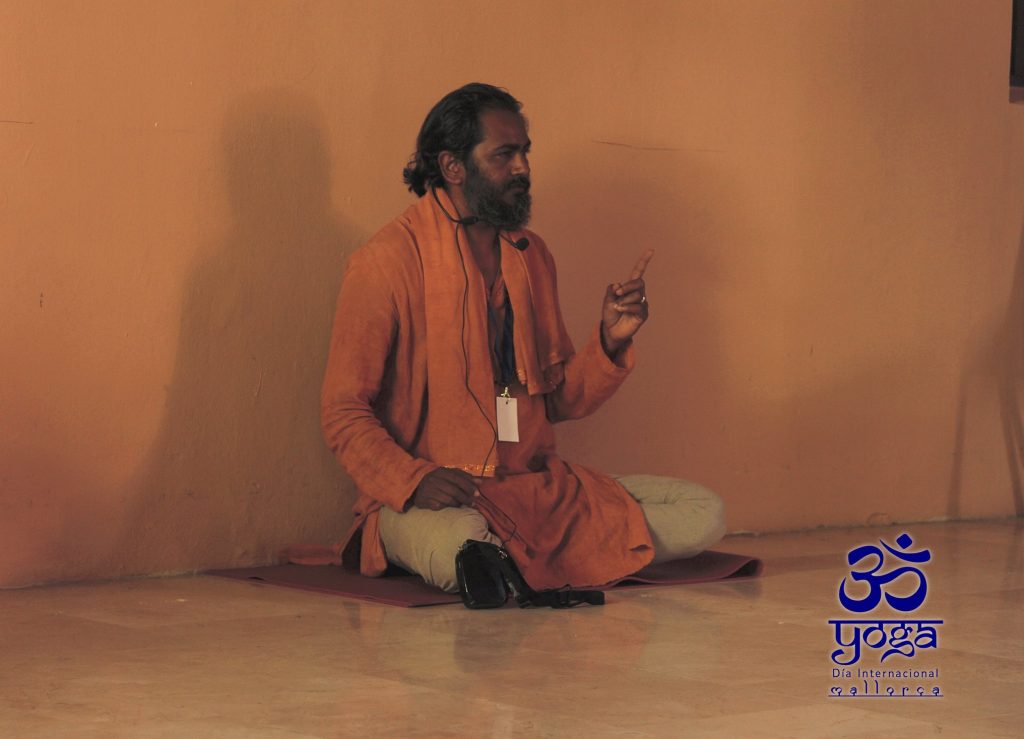 I was happily surprised by the enthusiasm of the participants every one was eager to learn and experience. Many other asana based styles of yoga was also available at the event people could choose from the different classes which was on offer. I was quite surprised that so many people turned up for experiencing yoga nidra, the hall was full of people. In my personal experience living on the island for a few years, I have noticed that there are several yoga studios offering various asana oriented classes but are lacking the spiritual base. The same can be said about the various yoga retreats in Mallorca, every year there are hundreds of offers to chose from but most of the retreats focus on the primary practice of yoga asana.

Being trained in the traditional ashram setup at the Bihar School of Yoga in Munger India, my desire is that yoga should be offered in its totality, if there is a five or six days retreat it must cover all the different aspects of yoga and provide the participant a glimpses in the vast storehouse of knowledge of yoga which essentially is a method to live life according to the Dharma the right path.

I will be sharing more experiences of my life in Mallorca where i am trying to bring the teachings of yoga and share it with all.